It's been a small eternity since I've been on here. Between work and catching up on a few projects there has been precious little time to write on this blog. As you probably know, I'm a do it yourselfer to the extreme. I don't cut hair, do surgeries or restore teeth, but I do work on car audio from time to time. As you may also know, I'm STILL driving a 2010 Ford Escape that has needed very little work. These cars are based on the Ford Mondeo/ Contour/ Fusion and share many of the underpinnings and all drivetrains. The Escape is also called the Maverick in some parts of the world. It's a pretty basic and reasonably fun car to drive. The 240 h.p. engine in mine is almost too powerful for a 3500 vehicle and fuel economy around 18 m.p.g., even with a six speed transmission. The all wheel drive, ABS and traction control mean it's VERY surefooted on sub par roads. One thing I have never been impressed with on this vehicle is the infotainment system. SYNC is a pain in the ass to get the voice commands to work properly and using the buttons on the dash means parking the car due to their extraneous complexity. Even the climate controls are busy, but I digress.
With this and every other model, Ford has done their level best to integrate, (more like metastasize) their abominable radios into every facet of the cabin. This makes them discouraging and sometimes expensive to remove and install an aftermarket unit. When the head unit in mine finally called it quits, I was left with four options.

One was to leave the old unit in place, use my phone and a bluetooth speaker for music. This was probably the most awkward and mean loosing some seat space. Another was to buy a new unit from the Ford dealer at $350 plus installation. Thirdly was having an installer put in something comparable and spending over $500 for the stereo, parts and labor. The fourth option is to do this myself as cheaply and professionally as possible. When I get done, there will be no SYNC or steering wheel controls. The display at the top of the dash will also have to be disabled. 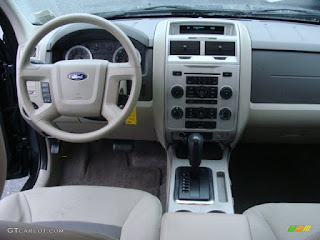