Again, this is a USED car, with 95,000 miles in good condition. GM no longer makes the Pontiac brand, but almost everything that can be said about this vehicle also applies to the 2006 Chevrolet Equinox, which sold over 110,000 units while the Torrent sold 44,000. Te only differences are the Pontiac has a five speed automatic, while the Chevrolet has a four speed, along with some minor differences in the steering wheel, lights and badges, this is the same vehicle.
I've had a bit more time to drive this vehicle, and have noticed a few more details. The ride is still taut, and a bit grumbling on rough roads. Acceleration is very brisk considering this engine is rated at 185 hp. I've yet to engage the traction control, all wheel drive or the antilock brakes, so that's still up in the air. Thus far, I've had the transmission lines replaced because the old ones were rotten through (the dealer did this free of charge), and had to relamp parts of the center stack, ala the Rendezvous and Radio Shack with a soldering iron. This cost about $12 because I already had the solder and iron, just not the bulbs. Not too bad, as the rest has been fine.
Cargo room in this year and model is a bit at a premium because of the way the plastic covers are over the wheelwells. This is slightly offset by the table of course for two tier loading, but I'd almost rather have a more open back end. You can pull the back seat forward, but this is also at the expense of some legroom. No plywood carrying here, but those are the breaks. The crossbars to the roof rack are absent on this car, so carrying things on the roof (especially with the moonroof) are going to be out of the question until I find a way to get this done. My parents did it with three kids and a 1976 Ford Mustang on weeklong trips, so a 2006 Torrent shouldn't be a huge issue there. It's also bigger than my 1989 Buick Skyhawk wagon, which was my workhorse throughout most of the 1990's. I carried water heaters and a furnace in that. It is something to be aware of when considering this or an Equinox for doing heavy work though.
After reading the owners manual, I figured out that the radio is a six disk CD changer, with XM radio hence the feed button. Thus far it has worked fine, but the controls are still a bit on the busy side though and it wouldn't hurt my feelings if this failed. The heating and air controls are very easy to use, with some getting used to and this winter the seat warmers will be appreciated.
I've noticed that the seating is low, but not like sitting on a cushion by any means. The space to operate the seat controls isn't generous, but not tight either and the six way, yes the six way power seat is not a problem. The instrumentation, after dealing with the silver and teal instruments on the Rendezvous for four years (GM should have recalled these, as they were impossible to read in low light with the lights on) is fantastic. The only gripe is that even with the gas tank topped off, the needle goes short of the full mark. As far as fuel mileage goes, this is not an economy car. I've gotten about 18 miles to the gallon in mixed driving, which is better than a pickup or van would done. At 100,000 miles or sooner, I'm going to change out the spark plugs and see if that makes a difference. Maranatha! 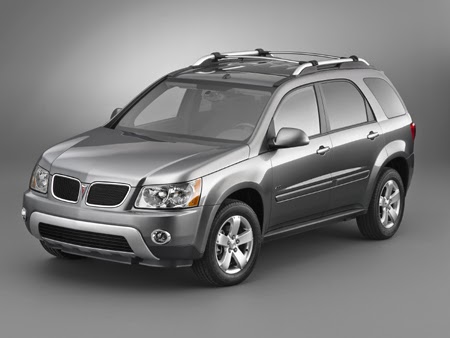