Pushing the Limits on a Lennox

When I tell a customer and discuss it with the coworkers and the boss about a furnace that's oversized, I don't expect to hear from that customer again. However, today I did and this is getting old real fast. The complaint was a 1999 Lennox Model number G23Q2/3-75-1 that was cutting out every time the homeowner, an 85 year old woman, put the filter in. The furnace has a manual reset limit for the heat exchanger, as shown below. 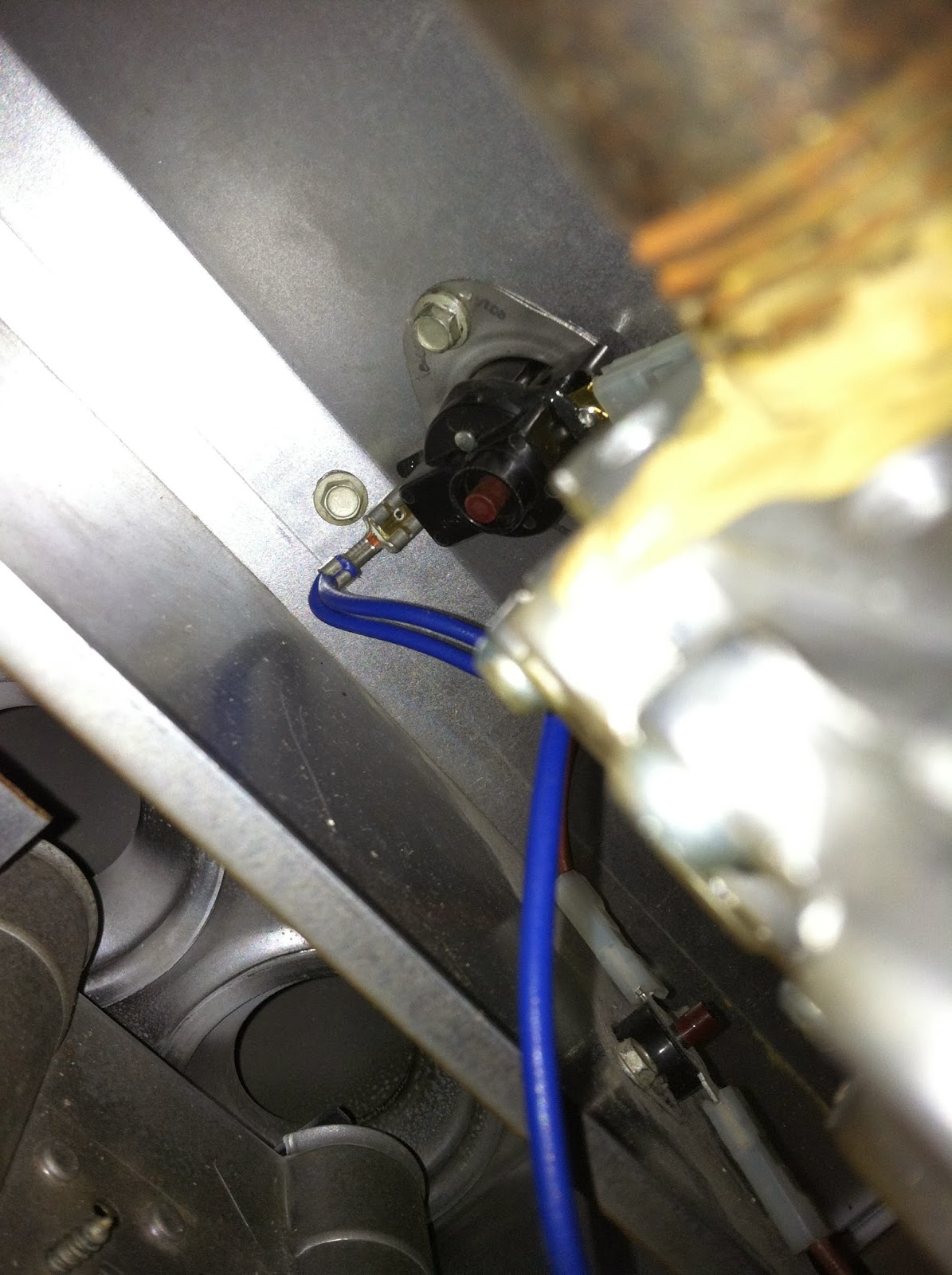 I tested the gas manifold pressure, it was at 2.88 inches of water column (I know this is low). The static pressure was .08 inches of water column at the supply before the A coil, and -1.08 after the filter (admittedly, I'm not the best with this). I inspected the blower wheel and A coil for dirt and debris and they were clean. The opening for the A coil was 6 inches by 12 inches with a plenum that is 21 inches wide by 21 inches deep. The supply ductwork is a transition from 20 inches by six inches into a 6 x 6 square heat run at the rear while the front is a 16 x 7 piece. The return is a 16 x 6 piece hooked to a return drop with no transitions, the return drop is 20 x 8 into a 14 x 20 inch drop elbow. The furnace is 75,000 BTUs with a 60,000 BTU bonnet capacity (this is the heat available to the homeowner that doesn't go up the chimney). The house is a bungalow with 8 foot ceilings that measures 38 feet by 25 feet for a total of 950 square feet not counting walls. There are six heat runs, a double return and two single returns on the main floor. The basement has four heat runs and a trunk cut as well as a return. The heat rise was 71 degrees in the plenum and 92 degrees in the heat exchanger. The temperature was 175 degrees when the limit tripped.

So this is what I'm dealing with, and the customer says this furnace hasn't caused her any problems until recently (of course) while my field supervisor with the utility company wants me to replace the limit. One of my coworkers also echoed this sentiment two weeks ago. My contention is that replacing the limit will buy us another month or so. I've been doing some figuring and a furnace with an induced draft blower at 75,000 BTUs needs 975 CFM or cubit feet per minute of air to run properly. This is found by dividing the output by 10,000 and multiplying the answer by 130. The house also needs about 1 CFM per square foot, so this is pretty decent as airflow goes.

Now for the ductwork: The return is 16 x 6, which is about 450 CFM, which lower than what this furnace needs. Even at 60,000 BTUs it would still need 780 CFM, which this ductwork can't provide. I would need a return that is 18 x 8 to compensate for this at 60,000 BTUs. The supply duct is 16 x 7 at the front, which is a little over 500 CFM, which is going to be restrictive, but not as much as the return. To put this quite mildly, I'm frustrated. a house this size should need no bigger than a 50,000 BTU furnace, which at 80% will have a 40,000 BTU bonnet capacity. Even a 45,000 80% with a 36,500 bonnet capacity should work more than fine in a 950 square foot house. 60,000 is way overdoing it and looks to me that the installer read the plate off the old equipment, rather than doing his due diligence and doing an actual load calc on the house. At least he could have attempted to size the furnace by the square footage. Now I have a customer who is going to resist every attempt at common sense over what she already has, because in her words, "it hasn't given me any trouble until now." Problem is that this furnace is giving me plenty of trouble in the here and now, and it seems those in charge don't give a damn about it. They'll make up every excuse; tell me it's the right size and "just put a new limit in it." Problem is that swapping parts will not help and in a week, month, or even a year and me or some other poor soul will be back here again, fighting the same problem. In the meantime, it's time to try and get the tire tracks to the bus off my backside. Maranatha!

Update: I installed a new limit in it and it's been in about a week with no callbacks yet. Per the policy of their company, they'll assign someone else if the repair lasts for more than 30 days. It's an auto reset, which came with the furnace from the factory (happily I was wrong). It still doesn't excuse the installer, and hopefully she gets a new furnace or this part holds up for a while.