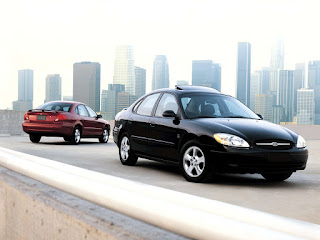 To be blunt, power windows are one of the most hazardous systems to work on. Not only do you have to contend with electrical issues, but you're dealing with unhemmed sheet metal that cut you and moving parts that can remove digits from your hands. Breaking a door glass can also injure you and at least scare you half to death. Please use common sense and wear gloves and eye protection, and pack your patience. I have no control over the quality of your work, so do these at your own risk.

Power windows are common on nearly every vehicle save for the most stripped down work trucks or economy cars. It's nearly impossible to buy a car without this feature. Unlike roll up windows, which are pretty straightforward to diagnose and repair, power windows can seem to be a mystery wrapped in a riddle wrapped in an enigma. Add to that the prices of the parts and the service for a mechanic to fix. This will make anyone want to just resort to duct tape and a shower curtain. This is neither safe nor practical and can block your vision. I can relate about the price of parts, but the alternative can be much worse. Besides, you need to know what the problem is before you make the auto parts store rich anyway. This article will hopefully get you started, if not pointed in the right direction. This is also going to be pretty generic, but the cars in question are a 2003 Ford Taurus and a 2004 Pontiac Grand Am.

The power windows on a late model car do two, three, or four things. They raise the door glass up, lower it down and in the case of express windows (which are very hazardous when working on them) lower and or raise the door glass with a short touch to the switch. If the window fails to do any of these things, or doesn't stay up where you put it, this classifies as a problem. This can either be mechanical or electrical. Mechanical issues are when the motor runs, but the window doesn't move or doesn't stay up. Electrical issues are when the switch is operated, but the motor will not operate at all. Mechanical issues will always require taking the door apart, while electrical ones may or may not need it at all. Also, if you can lift the glass manually (be careful), then the problem is mechanical. I'll cover the electrical issues first if you don't mind.

My friend brought in a 2003 Ford Taurus. She couldn't roll the driver's side window up, none of the other windows would operate at all. However, the driver's side window would roll down and with a lot of finagling, would finally roll up. She was the one who used the proverbial shower curtain and duct tape to block out the weather, and it's been since April. Between moving, here schedule and mine, it's been hectic, but I digress. She didn't have much money and I had only a few troubleshooting tools on me. In fact, all I had was a test light to figure this out. The Taurus has two power window circuits, one with a relay for the driver's side express down and the other controls the up and down operation of the four windows. The one controlling the express down is a dedicated circuit, with fuse and relay. The one for the windows going up and down is shared with several other functions, including the adjustable pedals. Since all of these worked and the fuse was good, we knew there was power at the circuit, but there was no power to the switch.

Since there was no wiring diagram on the Internet, nor did my friend have a service manual on the car. I pried up the boot covering the wiring to the door and sure enough, I found a wire to the switch that was broken and corroded. Even with the very robust design of the wiring harness on the Taurus, there is the possibility of the wiring bending back and forth at the joint between the frame and the door; cracking the insulation and eventually breaking the conductor inside. The most obvious thing to do is to strip back the ends and splice the wire. However, there wasn't much slack left after removing the corroded parts of the wire. Use a wire of the same conductor thickness or slightly bigger, and you can solder or crimp these ends together, leaving some slack. Thread the ends through the boot and hook up the wire. All there is to it. Shrink wrap will work better than tape, but money was tight. The repair was less than $2.00 in parts, so much for expensive.

Mechanical repairs are a different animal and will always require taking the door apart to find and fix the issue. On the Grand Am, there are three screws to remove. One at the door handle, another under the door handle trim and the third under the reflector. Remove the panel, the water shield and roll the window down. There's a plastic insert on the slider that attaches to a fitting on the cable. Frequently, this plastic will crack and the weight of the glass will cause this to break; not allowing the window to stay up (this is for the rear ones, the front ones use a cable and pulley set up). This will need to be replaced unless you want to chance using an adhesive to repair the plastic. The price of a broken door glass will exceed that of a regulator. Remove the screws holding it to the door glass and carefully move the glass to the bottom. Take out the screws holding the regulator to the door save for three of the Phillip's head ones. Loosen them up and swing out the parts. Now take those screws out and install them in the same spots in the new part. These will help you get them in position while you put the rest of the screws in. If you need to dummy this one up, a pair of vise grips on the track under the window will hold it up until you can afford the part. This is about $35 at a wrecking yard to about $100 at the auto parts store. Maranatha!