Blower Motor Troubles and What Gives. 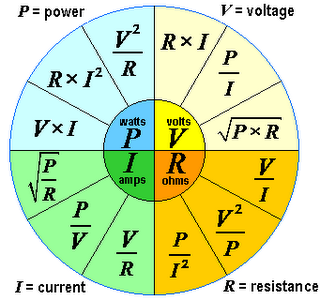 Furnace or air handler blowers are, for the electrically uneducated, a riddle, wrapped in a mystery in an enigma. I'm a hands on kind of guy and not into the theory much, but hopefully this article will help those on the fence with this matter. True, even someone not mechanically inclined can diagnose one correctly if it releases the measured amount of magic smoke the engineers installed. However, a blower motor failing will seldom manifest something this obvious. For the sake of argument, I will refer to Ohm's law during this article for the purpose of clarity. I'll also give other methods to attempt to come to the same conclusion without the need for such calculations.

Again, this is more for information and less for educational or instructive purposes. If you can't use a multimeter, unsure of yourself around electricity; it's best to call a professional. I've no control over your work and you're responsible for any screw ups, or success you come up with.
I'll also add that one horsepower is 746 watts. So the 1/3 horsepower motor in this article would seem to be about 250 watts or 1/4 Kilowatt. Keep this in mind, with a grain of salt or perhaps a beer chaser.
I was working on a furnace in a massage parlour this afternoon where it was overheating and dropping out on limit, but the air coming out of the registers was about 85 degrees. Strangely, the temperature of the rearmost one closest to the furnace was 110 degrees.
Puzzled, I went to the furnace, pulled both doors and used my cheater magnet to close the door switch. I measured 2.8 amps at the neutral wire when the motor was under load and the door was partially closed. I got 115 volts at the board terminals, which meant the board was okay. What was wrong?
I needed to find the power this motor was out-putting and since I had the volts and amps, this should be a walk in the park. A look on the Ohm's wheel shows that Power equals Volts times Amps. Mathematically, this is P=V*I. Let's get to it.
2.8 amps times 115 Volts equals 322 watts. Yes this seems right, but wait. That motor is actually rated at at 6 amps, which makes this about 690 watts. If the motor's using 322 watts, and it can use 690, it's only using 47 percent of its potential. This means it's only moving about 50 percent of the air it should be, even if the airflow seems fine. This will cause the limit to trip. This is why you NEED to read the amp ratings on the motor and not rely on horsepower ratings on same. You WILL fail to see a problem 100% of the time, guaranteed. This is because ALL blower motors operate under load. Again, do not assume.
I replaced the motor and capacitor with a new one, and the temperature climbed to a balmy 80 degrees in the parlour within a few minutes. After explaining to the proprietor that I do not haggle on price, I was out of there. Maranatha!
Posted by Walter Grace at 7:49 PM