Bible Misunderstandings - Through His Stripes... 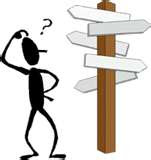 There are some misunderstood verses in the Bible and on the top this list today is one near and dear to my heart (no tongue in cheek here). This concerns the very misinterpreted verse that seems to dog everyone and misused, will make more than one Christian on the fence question his or her faith. For one thing, Jesus spoke in parables during His ministry on earth and while everything in context should be clear, they've been twisted around to invoke a meaning the Bible never intended.

The verse today concerns a prophesy concerning Jesus in the book of Isaiah, one rich with prophesy and symbolism. The verse is one the band Stryper used as its tag line in the 1980's: Isaiah 5:5 "But he was wounded for our transgressions, he was bruised for our iniquities: the chastisement of our peace was upon him; and with his stripes we are healed."

The key words here concern what Jesus went through in boldface and what we did to cause them in italics. The word or group of words in "question" I will underscore.

"But he was wounded for our transgressions, he was bruised for our iniquities: the chastisement of our peace was upon him; and with his stripes we are healed."

Wounded and bruised are the result of being beaten and scourged or striped as it were. This isn't to sound like R.C. Sproul splitting hairs (no offense, but his explanations are very thorough), but this is the way I understand this verse. I am in no way minimizing God's glory in any way, but this is one he's directed me to speak about at this hour.

From my limited understanding, the words in italic are synonymous for our sins. While one might argue correctly that sickness is the result of sin, this isn't what the Lord meant by this with this verse. Nevertheless, this is used by the "name it, claim it" crowd that has done more harm to the faith than good. More on this later...

The word heal (the verb) has three basic meanings:

If we use the word heal in restoring to health or soundness, we would be out of context. The second meaning is a little better, as it could mean to heal the rift between us and God (and this is a really good meaning). However, the whole gist of the Bible concerns the fall of man and the need to be spiritually restored with the Lord. While Jesus Himself has the power physically and did on more than a few occasions, this was not what His mission was. He even made mention for those cured NOT to say anything to the populace. See Mark 8:26. His mission was not to become a physical (or political) healer, but to heal the rift between the Father and us and to allow us to escape eternal punishment. However, He is still the Messiah and WILL rule over the earth.

I could go on forever on this, but my suggestion is to read your Bible and see how many people, including Jesus Himself, were rewarded with financial prosperity or abundant health. See Matthew 8:20 and Luke 9:28, also see John 15:18. Now for some personal experience.

Since January of 2009, I have prayed fervently for a job. Instead, I have had scant interviews and few leads since then and have to contend with issues with my feet, my car self-destructing, and many other challenges. I believe in God's power and dominion, right? Of course. Maybe it was that I didn't have enough faith. Come on people, God is not in the wish granting business. The earth and its inhabitants suffered a curse when Adam and Eve sinned. I've read about individuals with physical healing, but collectively, spiritual healing.

I believed as many students of the prosperity gospel and the say it and claim it crowd did, and was sorely disappointed and angry with God. After all, how much faith does one need? I'm living proof this is a destructive way of thinking straight from the pit of hell, if not James Ewing
http://www.raptureready.com/rr-evil.html .

What brought me back was that Jesus suffered, died, was buried and rose again to heal me spiritually with God and provide for me as He (not I) sees fit. The way I look at it, saving my soul is mercy enough. I renounced my anger and have been doing what I should have been doing all along; this is proclaiming His gospel and taking care of my family. Those are the two most important things anyone can do in this life. The rewards are forthcoming soon. Maranatha!
Posted by Walter Grace at 11:19 PM